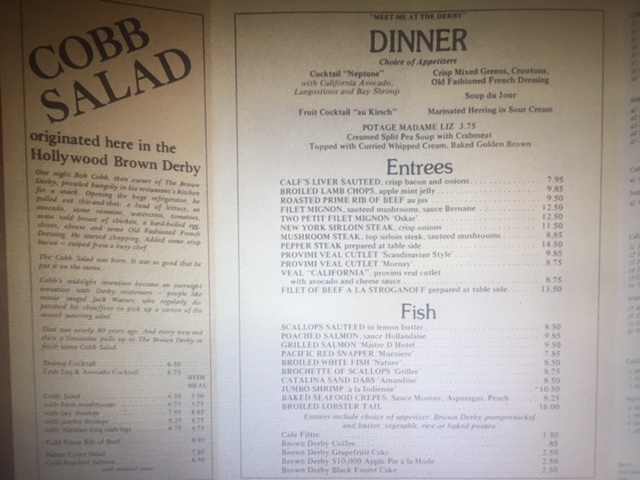 What’s on the menu?

Vitch had an agreement with Bob Cobb that he can order anything on the menu and just sign… It impressed his Hollywood dates.

‘What? you can order anything you like? and why is your signature on all the caricatures?’… They thought he was the owner of the place. 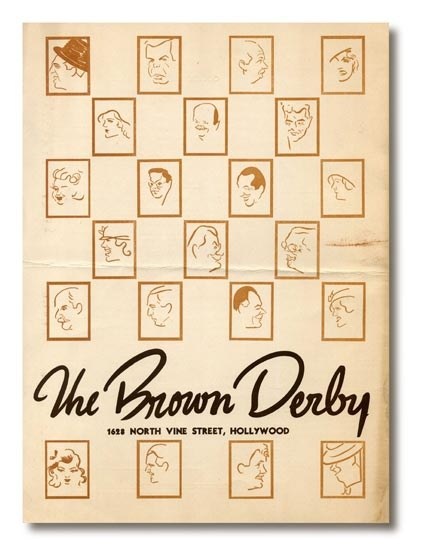 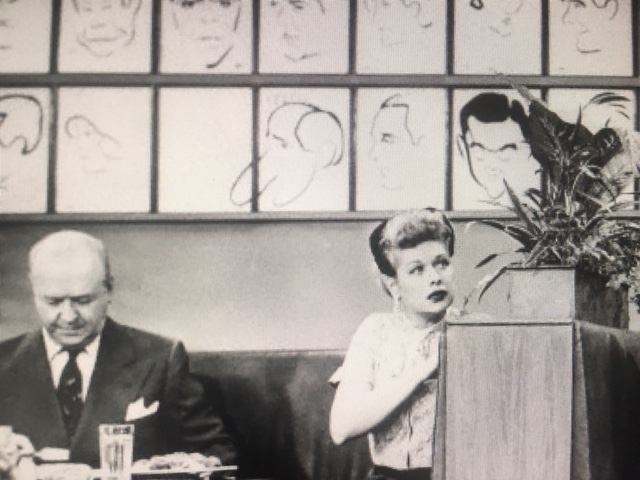 I Love Lucy at the Brown Derby

Various TV shows were filmed at the BD, among them I Love Lucy (here in the famous “staring” scene with William Holden). Vitch’s caricature of another comedian giant, Jimmy Durante, is strategically placed above Lucy’s booth.